This is from the anime “Is It Wrong To Pick Up Girls In A Dungeon?”, and I’d like to know why the armor is missing off just a single underboob?  I’m honestly confused as to how I’m supposed to feel about it.

But in all honesty I don’t know what I expect when they also have this: 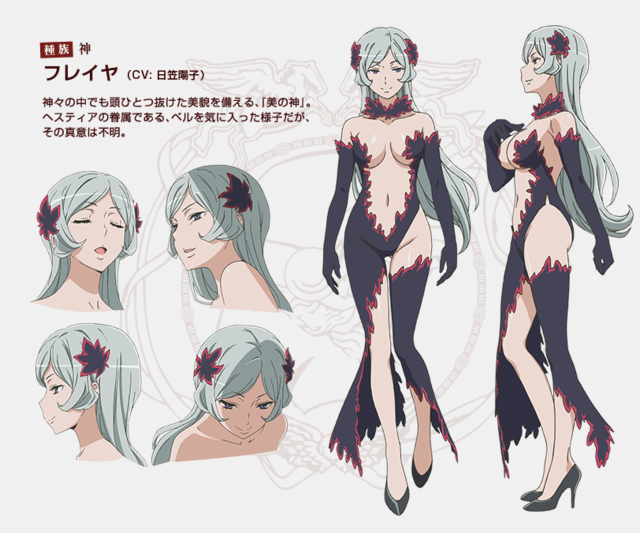 Horrifyingly, I found that apparently the singular underboob has a purpose, it’s part of the comical sexual overstimulation of the fourteen year old male protagonist – because that hasn’t been overdone yet.

Yes, apparently when this armor was designed, a high priority was it’s potential for awkward titillation of anyone who she comforts in her lap after she’s been in a fight that tears her gear.  Though somehow, she didn’t realize this in the whole time she’s been wearing it and remains oblivious.

The full line up of concepts is available here.