Whilst Overwatch does have some diversity in its female cast, I find myself incredulous that people can’t see the sexism in the predominant tropes: skin tight outfits; boob plates; and very skinny women are the most commonly occuring design choices. There are no conventionally unattractive female heroes, whereas there are male heroes like Winston, Junkrat, and Roadhog. There are good elements to Overwatch’s character design too, but plenty to critique.

THANK YOU and THANK YOU for the tag about the racism

The pants aren’t just tight, either, they’re so tight they practically go up into their assholes, like a reverse camel toe (I wouldn’t be surprised if they made versions with camel toe, just like the artists kept naughty drawings of Jessica Rabbit on their cubical walls). I won’t get into the sexism too much except to add that the combination of infantilizing and sexualising women at the same time disturbs the fuck outta me, and Blizzard did it unashamedly. You can make a character sexy without turning them into a sexual object but apparently Blizzard didn’t get that memo.

And then there’s the racism. What I find absolutely outstanding is that this game was Blizzard’s attempt at diversity and being less sexist. And people (mostly white people, I’ve noticed) have just lapped it the fuck up. As a non-white, non-American I’d like to tell Blizzard to stay in its fucking lane because it’s so painfully obvious that they looked at other cultures and races through a white ‘murican lens that I want to break something. But of course, the fans are very quick to jump on anyone who claims or even mentions it. Nah, there’s nooo problem with the offensive skins, no problem with the white-washing of characters, no problem with the fact that some skins are from the wrong fucking culture to the character it’s on! We’re just being over sensitive! It’s just a fun game! It’s just a stereotype! Eat my entire ass. People would rather bury their heads in the sand than admit that they like something racist. Fun fact, we have an Indigenous tv show here called Cleverman and the writers and producers are Indigenous and had to ask their elders for permission to show the world parts of their culture/history/knowledge before they could begin the project. They had to earn the right to make a tv show like this. Because funnily enough, just having diversity doesn’t get you a get out of jail free card on racism. If the characters and their culture aren’t treated with respect, it means dick all.

In particular, Symmetra broke my fucking heart. My dad is from India, I get a lot of news from India. I grew up with a lot of stories. I have Indian friends. The rape culture is – bad. Very bad. Worse than you can imagine. And I stand with the women of India, who have to fight tooth and nail to be treated like human beings not their fathers/husband’s possessions. Who have to fight even outside of the country. So when I saw her design and broken-doll pose, I felt my heart sink. And when I saw the pathetic attempt at a Kali skin I felt my face get hot with anger. Kali is supposed to be like this:

Kali is represented with perhaps the fiercest features amongst all the world’s deities. She has four arms, with a sword in one hand and the head of a demon in another. The other two hands bless her worshippers, and say, “fear not”! She has two dead heads for her earrings, a string of skulls as necklace, and a girdle made of human hands as her clothing. Her tongue protrudes from her mouth, her eyes are red, and her face and breasts are sullied with blood. She stands with one foot on the thigh, and another on the chest of her husband, Shiva.
“ –

She’s ferocious power, she’s terrifying, she’s empowering – and what did Blizzard do? Ignore all that (like most men do) and turn the skin into an utterly incorrect, utterly ignorant pinup costume. A sexual object yet again, one of the many things Indian women are fighting against. Her skulls aren’t even on her neck! She only has two arms! They moved her skulls to her hip so they didn’t cover her breasts! The fact that people are going around calling it “the devi skin” says volumes about the utter ignorance surrounding this. Ignorance might not be done maliciously, but it doesn’t excuse people or make it less racist. It just proves that the majority of people don’t care about the cultures that Blizzard is using for profit.

Thank you for this really important addition.

This post has picked up almost 5,000 notes since the addition which I’m super glad about because the added detail deserves all the attention; but I just want to point out that this is the post where the first thousand reblogs (and my inbox) are full of people telling me that no one cares, or that it’s just a game.

Well, clearly, we care. Don’t let anyone tell you you shouldn’t.

Hey, @bikiniarmorbattledamage, what are your thoughts on this?

Anyone who followed us for extended amount of time would know that we agree entirely. We’re sick of Overwatch being given all the credit for doing diversity right/doing women better when at best it’s just the minimal token effort, sprinkled generously with overt sexism and racism on top.

All the while competing games with comparably more care about representation fall into obscurity, by the virtue of not being made by a huge studio with big marketing budget and overzealous fanbase.

Speaking of which, Blizzard fandom is easily one of the most belligerent ones, consistently replying to any post we make about their games with defiance, trolling and abuse. And often insisting that their headcanons should be accounted for in judging the quality of OW’s designs, story and characters.

@feministgamingmatters‘ and @flamingtrashcans’ posts above are almost 4 years old and no less topical than they were back in 2016. If anything, the amount of problems with Overwatch piled on since then and we have an archive of posts to prove it.

Further BABD reading on the game’s problems with representation and diversity:

(Note that vast majority of the links here are dated after the original publication of the above post. And it’s by no means a complete list of all the problems with sexism/racism the game has.)

Some stats, counting out of 30 heroes, since Bastion doesn’t have gendered pronouns:

Lady characters who are not human: 1 (counting the robot) (vs 3 men)

Lady characters whose entire face is hidden: big fat 0 (not counting the robot) (vs 5 men, also no robots)

We’ll be finishing up the dusty girls this week, hopefully.

I also changed his mask, face, and hair. The mask I made more sensual, so that people he’s fighting are distracted no matter if they look at his Hot Bod, or his face. I also removed his face wrinkles, because we can’t have men be wrinkly. Gross. And I let his hair down to give him that mysterious look. I can just see his entrance being like, flipping his bangs and flexing his pecs, with little snowflakes popping out from the cleavage. ??? 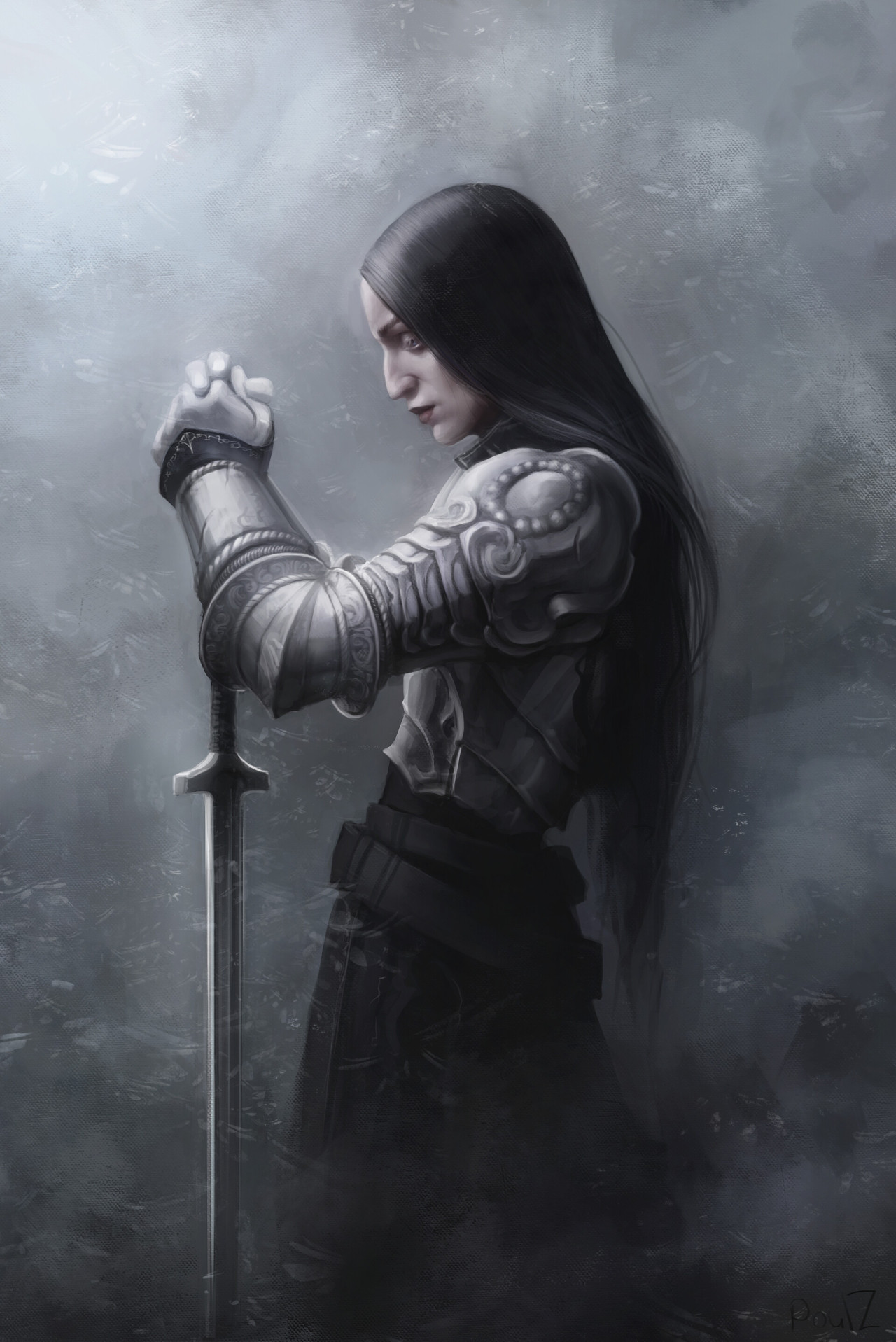