In an alternate mirror universe where game developers are terrified of making new franchises starring male leads Gears of War, Call of Duty, Doom, Max Payne, Battlefield, and Deus Ex all star Duke Nukem and people get really angry when you say you wish they would try to make some new male leads instead of hammer Duke Nukem into increasingly tonally different games.

Yes, there is one character who appears in this image line up twice – and it’s not one of the (many) obvious match ups.

Given the recent hilarity with Street Fighter’s new characters being indistinguishable from some Smite characters (and also some Halloween costumes) – it seemed appropriate to bring up this reminder that so many video games seem to use more or less the same few female models.

Even when the video games aspire to avoid it, honestly or less honestly, the expectations from marketing teams and just the general normalization of this kind of imagery in modern media leads to designs repeating.

This is why it’s so important to challenge these trends and not look for any excuse to just ignore it. 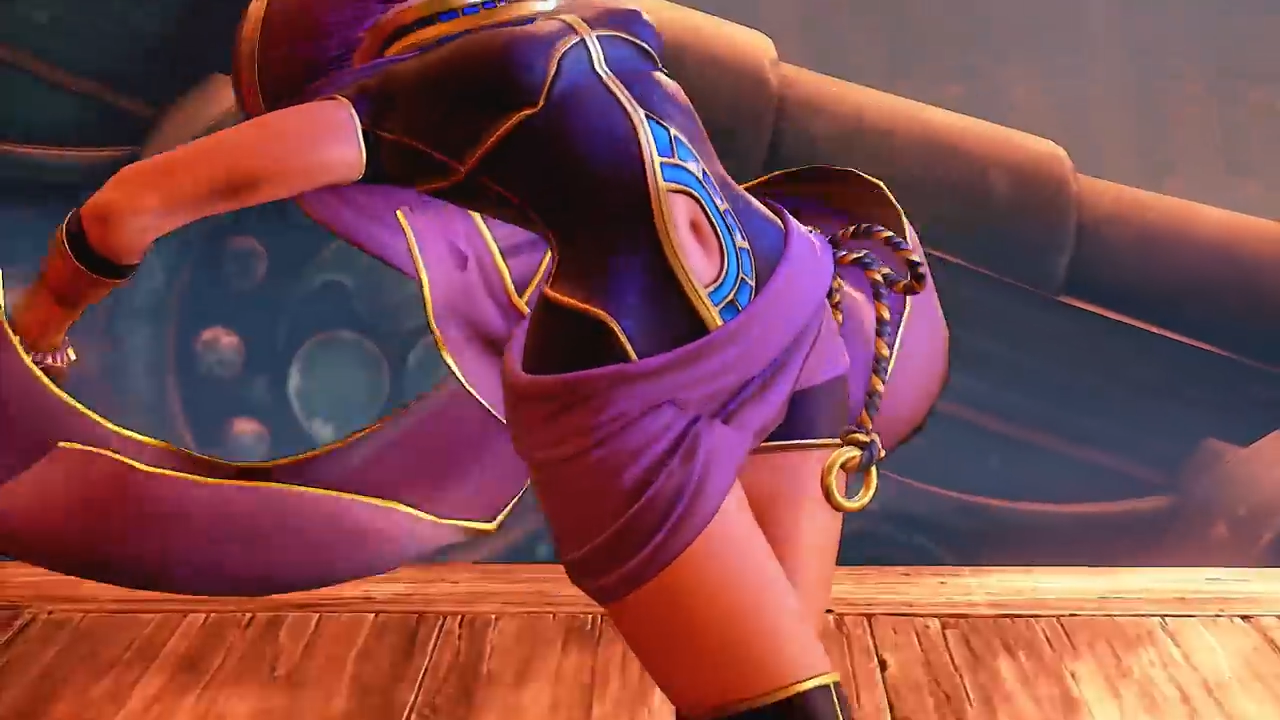 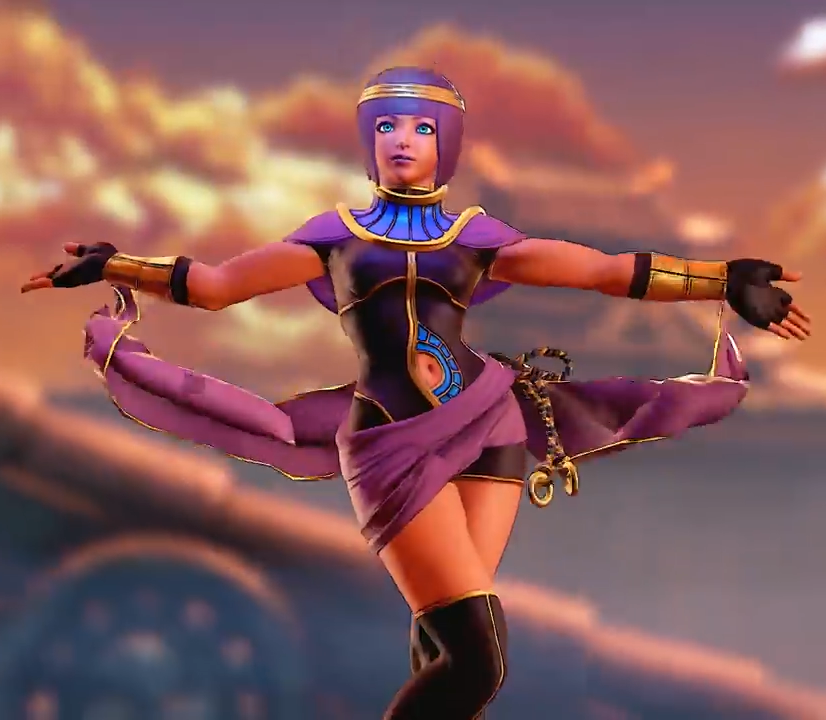 (Warning: This game deals with a lot of dark material and imagery for this game includes a lot of themes of torture, death, psychosis and gore.  I have tried my best to avoid putting any disturbing imagery in this post or linking to any directly)

We’ve had numerous requests for comment on Hellblade: Senua’s Sacrifice, and to be honest it’s a complicated topic.  It is true that it is a game that avoided various tropes that we’re told games need such as bikini armor, battle thongs, cleavage, etc  But the outfit is still not on par with say Emily Kaldwen or Billy Lurk’s attire. (It’s still angering brodudes though)

It’s also a game where the much more important criticisms such as the handling of theme of mental illness and protagonist having locs (which Celts and Vikings did not have, which is why their descendants need various modern products to replicate them). So comparatively Senua’s attire not being terrible is minor.

The game is however is an interesting example of how even studios beginning with the noblest intentions can get pulled down by industry pressure and reliance upon media and societal standards.  They started with:

They wanted it to be historical, but when it came time to find reference images… they didn’t exactly cite what I could call historically robust sources:

When it came time to scan a body for the 3D model of Senua, they went with a fitness instructor, who also happens to do modelling.  She she did end up half of the things that the original vision promised she would not be, and her attire was designed more around modern fashion ideals than her origin.

The fact that it stands out to so many people as so different and that the developers felt they only had the freedom to do this much by avoiding signing on a publisher really says a lot.

OMG the women’s boots have no heels!!!! You could actually run in those things!

Diverse cast AND sensible footwear! A girl could hardly ask for more…

that gold stripe on the thigh looks like a zipper. is that… are those… pockets?

This is such a tiny detail but it makes me so damn happy but look at the shoes. The women and men’s shoes are the same!  There are no heels!  Even Voyager and DS9 gave the women shoes with a heel.  Even Wonder Woman, movie of my heartface, gave Diana fucking wedges which makes no goddamn sense.  But not here!  The shoes are the same!  No heel in in sight!  I fucking love this show already.

Here’s why it’s a big deal when female uniforms in Star Trek have the same principles applied as male ones.

Basically, the franchise’s record in that regard is mixed at best and the reboot films were a pretty big step backwards, even when ignoring the double standard in how female uniforms were cut.

This gem comes from Titan Comics, the publisher behind a couple of disappointments we commented on before (special shout-out to adding boobplate to Dark Souls, of all things).

There’s a Jack Kirby horror comic in the first issue! Imagine seeing this as you open a book with cover like that.

After a week off, we’re back to saving some unlucky ladies from awful, awful “armor”.

Join our livestream on Saturday, as usual at 9 AM PST / 6 PM CEST. Check your local time here!

Thank you Ricky and Morty for illustrating to us that just because you have special feelings for someone in bikini armor, doesn’t mean you have the perpetuate all the problems yourself.

Summer’s outfit is certainly not perfect, but it’s still far ahead but it’s certainly better and more interesting than most we see.

A (tiny bit) exaggerated Mad Max parody proves to be a land of equal opportunity in empowerment.

So, the new Fire Emblem on 3DS got announced…
Immediately, a certain female character gathered quite a number of followers.
How is she dressed you wonder?

I don’t even know what is going on in the lower bottom. Is that a flag?

Nintendo released a video showing its New Fire Emblem game and it looks really cool, but some of the armor is… questionable. Miss Purple Hair has some nice arm and waist armor, but they went the lingere route with the rest. Battle panties and a massive boob window don’t seem like a good choice for a war. The blond guy seems to be wearing very similar armor, but he gets to keep his pants on.
Fire Emblem has some really good examples of female armor, but then there are really bad ones like this. I never know what to expect.

At this point it’s just boring how “unique” her design is. A dress with crotch cut-out to see her panties nice and clear, the bubble breasts that have a weird belt jammed between them…

..which reminds me a bit of this pointless and painful-looking “boob harness”.

So original! Much creative! Groundbreaking, even!

Surely this can’t be simple pandering, clearly there’s just some sort of complex message her that I can’t see because I’m not in the Fire Emblem fandom.  Let’s see what the fandom thinks of Camilla…

You might be thinking that making a throwback about Camilla from Fire Emblem Warriors is lazy and boring, but we’re only putting in as much work as the marketing team. [x]

(Casual reminder that our original post went up in 2015.)

As long as they keep reusing 2-year-old marketing assets, we will continue criticizing them. Especially since it looks like that boob seatbelt has somehow gotten even worse; now it’s flat-out clipping into her flesh! That is clearly against the Breast Safety Council guidelines!

So no, Nintendo Life, I do not want to “feast my eyes” upon your trailer. I’m more likely to feast upon my eyes… yikes.

I came across Black Squad and it seems to be a game that is marketing itself on two things:

So imagine my amusement with I downloaded it looked around in the shops and discovered that not only do they not have any female character options (at least not available for a new player). There are just four white guys who are almost indistinguishable from one another in game to the extent I can’t say for sure if it’s just the same model with different clothing choices.

This particularly weird since back in April, prior to the game actually going Early Access on Steam – they implied 1/3rd of the character choices would be a sexy, sexy lady who wears less pants when “badguy” sounding:

That and like just about every other paramilitary shooter out there, this game seems to pedantically focus on making gear look as authentic as possible provided it’s not on a woman.