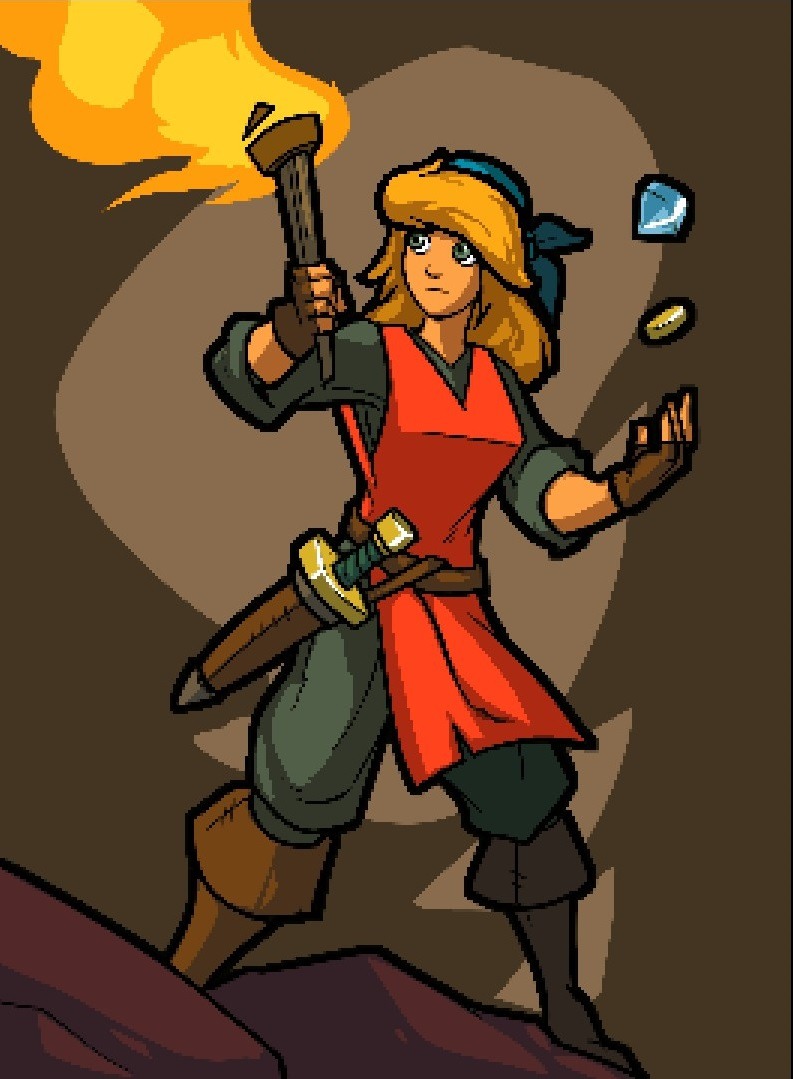 I’m surprised this game hasn’t been discussed yet. Crypt of the Necrodancer came out of early access on Steam just a few days ago, and it’s excellent, both in terms of gameplay and an abundance of strong, practically dressed female characters. Here’s Cadence, the protagonist.

We have featured the game on our Steam Curator page, however this seems the perfect time to mention here as it’s on sale (25% off until April 30).  In addition to being a really cool, novel take on the dungeon crawling it also features more diversity than most mainstream games (though the characters must be unlocked).

Overall I think Cadence is a really awesome example of a great female character put out by indie game developers and I really hope to see more like her!