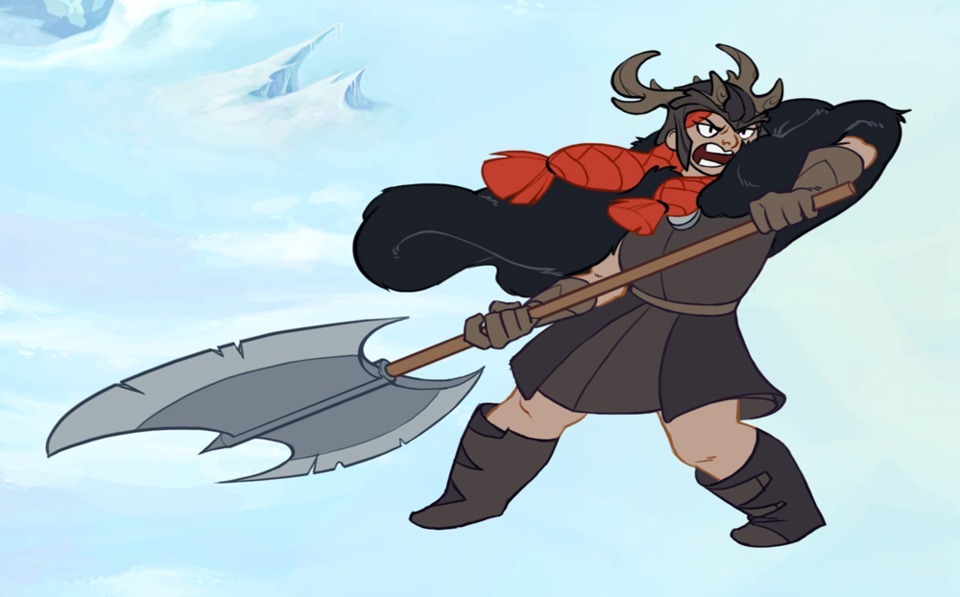 Here’s a positive example for you. I watch a few Let’s Players on Youtube, and one recently started playing a game called Jotun by Thunder Lotus Games. This is Thora, the playable character. I was quite surprised to see that not only is the main character (a warrior) female, but a very well-portrayed one at that. She swings a giant axe around (and looks like she has the build to wield it properly no less), and is dressed as anyone would expect of a female viking. I haven’t seen much of the game so far, but it seems like a very positive portrayal overall and I may end up getting a Steam account just so I can get this game.

This game is pretty awesome. I’ve only played a little of it thus far but not only is fun (and somewhat nostalgic) to play but Thora is actually pretty characterized and they’ve made everything in the game suitably magical.  This for instance, is a shrine to Frigg: