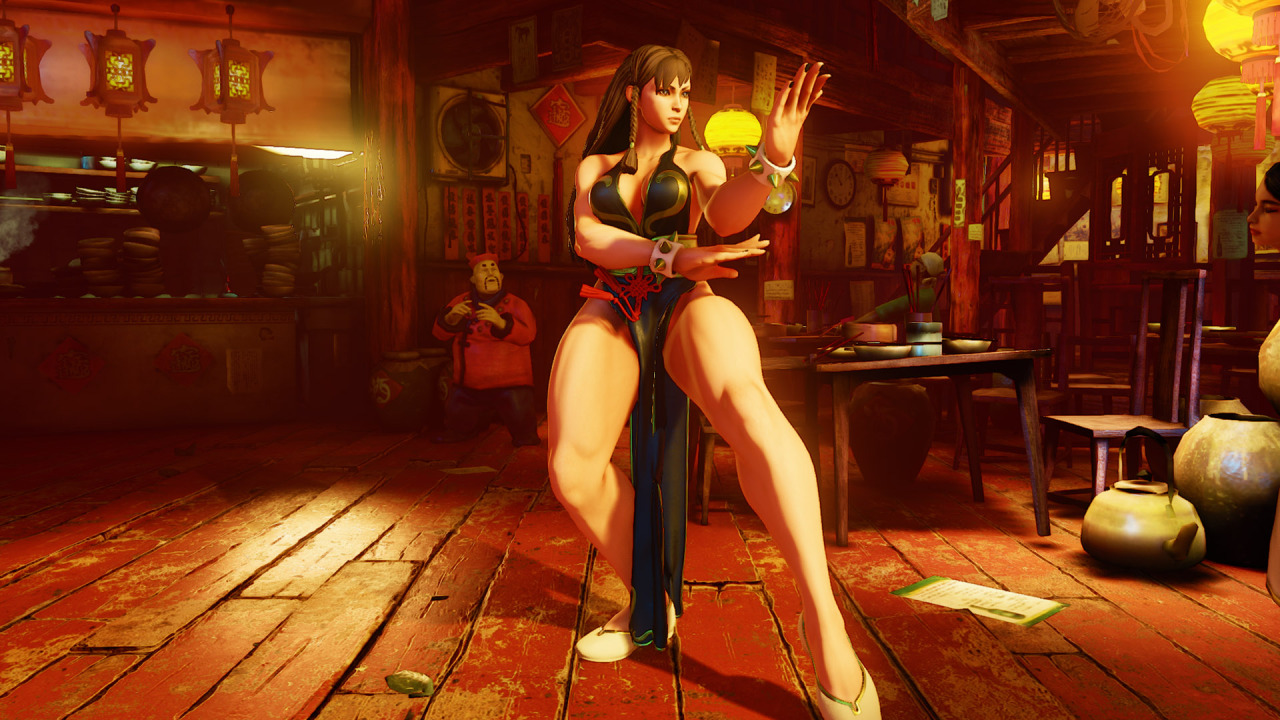 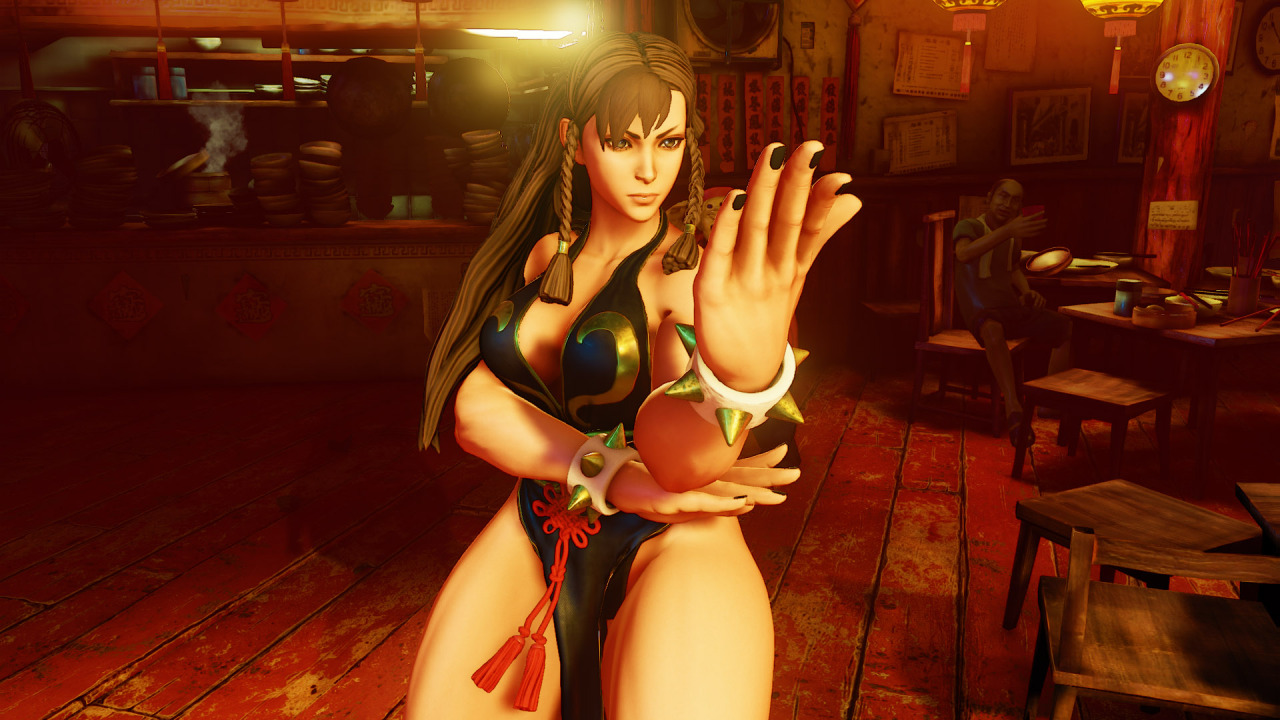 Congratulations Capcom! Now instead of having 1 out of 3 women in your video game have a decent transition with all of her design choices, you have… none! Give ‘em a round of applause everyone.

Anyway, the new costume for Chun Li is a downgrade from it’s last appearance, if you couldn’t tell. I’ll go over the specific changes:

First and foremost, her hair is noticeably different, trading in buns for small pigtails in the front on long hair in the back. The cloth around her neck seems to be smaller, or at least it’s positioned that much more shoulder is being shown. The thong cloth whatever is noticeably thinner, and no longer is positioned to go over some of her thighs (now just being between her thighs). The metal designs on the ends of them either aren’t there and have been changed to cloth patterns, or the angle the new costume is in simply shows them poorly. Her shoes are a different color (though I actually really like that change the pink on the original is pretty stupid). The spiked bracelet has inverted colors, nothing really wrong with that. Her red braid on her stomach is clearly just a designed little charm now, as they also removed the bun hair with the other red braids on them to go with the old stomach ones. They added gold swirl designs which draw attention to her breasts from where they were put.

I don’t know if it’s the physics engine screwing up, but the fact that the thong is just so smashed between her thighs and not covering much at all makes it really strange to look at.

And don’t get me started on the Cammy one!

What I find most amazing about this is that these are pre-order costumes and they’re basically trying to re-invent history while trying to convince fans to buy the game before it’s released.

“Wearing one of her signature black dresses, Chun-Li always fights in style!”

What? Since when? Her “signature” black dress only got introduced in Streetfighter IV and went pretty much ignored (except by modders who wanted to make it look better).  Seriously, was there something about her that suggested she went in for cocktail dresses and fighting with her boobs hanging out to someone?  Her primary likes were always sweets and stopping crime, and her demeanor…

Look Capcom, I know the fighting game market has gotten tough since the 90s and that it’s getting even tougher with the rise of Indie games… but I’m going to give you some advice.  Less taking your leads off your competitors like Soul Calibur (who are also struggling) and more taking leads of people like Killer Instinct.

And give us back our fierce, driven and yet adorkable crime fighting Chun Li!  She’s a lot more fun and interesting than… whatever you’re trying to make her into.