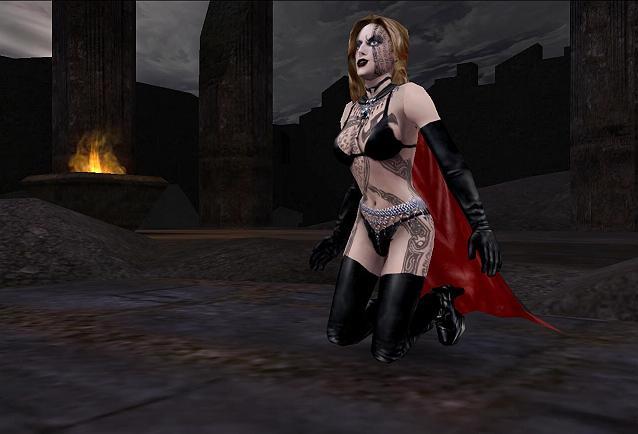 Mariana Blavatsky, from Return to Castle Wolfenstein, is truly a great example of how obsession with ensuring your female characters have sex appeal, and the more evil – the more sexy, quickly leads to a design trainwreck.  Just look at how people describe her:

The High Priestess in charge of Operation Resurrection. Her ultimate goal is to resurrect the ancient warlord Heinrich I. It is not known why she dresses like a stripper.

The most incredible part? The character is believed to be based off or inspired by a real life occultist (who predated the Nazi movement by about fifty to a hundred years).   Helena Blavatsky, who looked like…

The similarities are so striking!