Hey! I came here to ask for your help. I recently had a discussion about female armour in video games with a male friend. The thing is, while i tried to convince him about how it was sexist and fucked up in so many levels, he said a lot of stuff like: Most of these are from oriental games, only men play video games in asia, sexy women sells because mostly men are buying. I want to know what I could say against that, because I know it doesn’t make it ‘okay’. Thank you <3 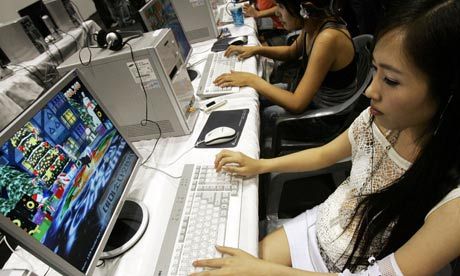 Time to bring this back as we’re getting people trying to assure us that things are magically different in Asia and to expand upon the post to address a couple of other myths people have raised to try to protect the core myth.

Japan totally it’s own feminist movement with a variety of key figures who have a variety of experiences and opinions on the best way to promote feminism in Japan.  Writers, sociologists, film makers, all kinds of women in Japan are interested in helping establish real equality for women.

Just because you haven’t heard about them or someone tells you they’re not a thing, doesn’t mean it’s so.  Feminism and other activist groups are frequently misrepresented and misunderstood in their homeland regardless of the background.

This all applies to South Korea and China and every other country in Asia and the rest of the world.  It turns out women are people and want to be treated as people.

Every company in every country in the world has it’s own complicated combinations of opinions and conventions regarding… everything.  Sometimes products move across the world virtually unchanged and sometimes they get altered before being released anywhere for any number of reasons.

An example of the changes going in reverse was that the Japanese version of God of War III has one major difference – Aphrodite’s boobs are covered up by a last-minute bra-thing addition rather than bare and on display. (NSFW).  Why? You’d have to ask the Japanese localization team.

What does and doesn’t make it into a game or a localization is a complex process involving any regulatory bodies, the publishers, the developers and influenced by any trends or concerns at the time regardless of which nations are involved.  Sometimes games stop getting localizations purely because the company isn’t well set up to do it anymore.

Of course, the main motivation behind creating these myths isn’t actually concern for the creators in this nation – it’s just trying to ensure an ongoing supply of fap material with the easy scapegoat (the very same nation they’re pretending to protect).