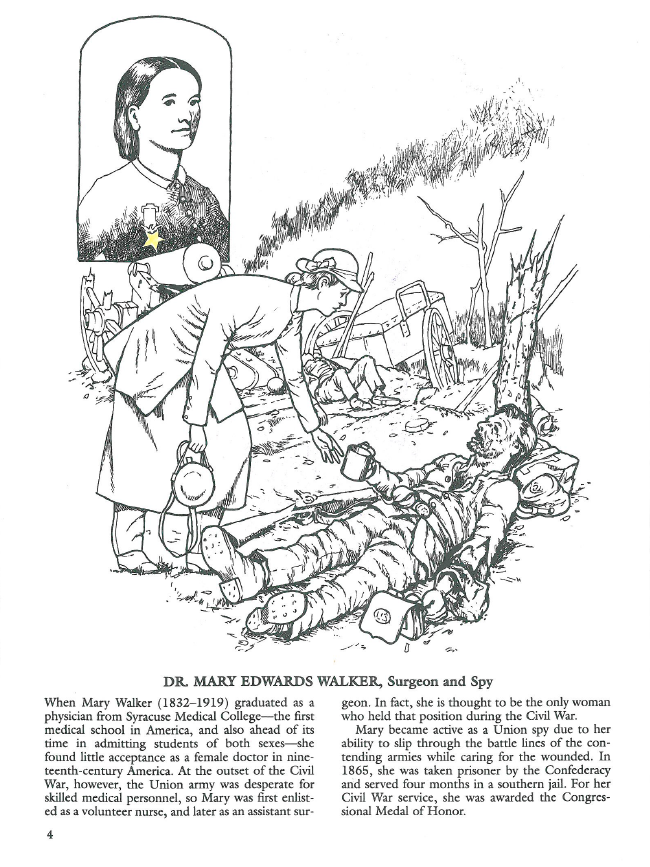 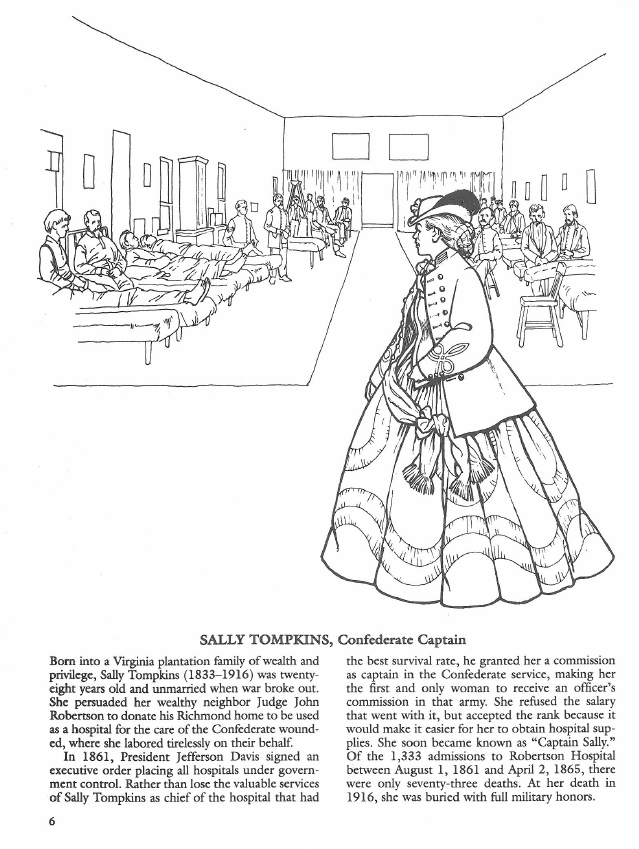 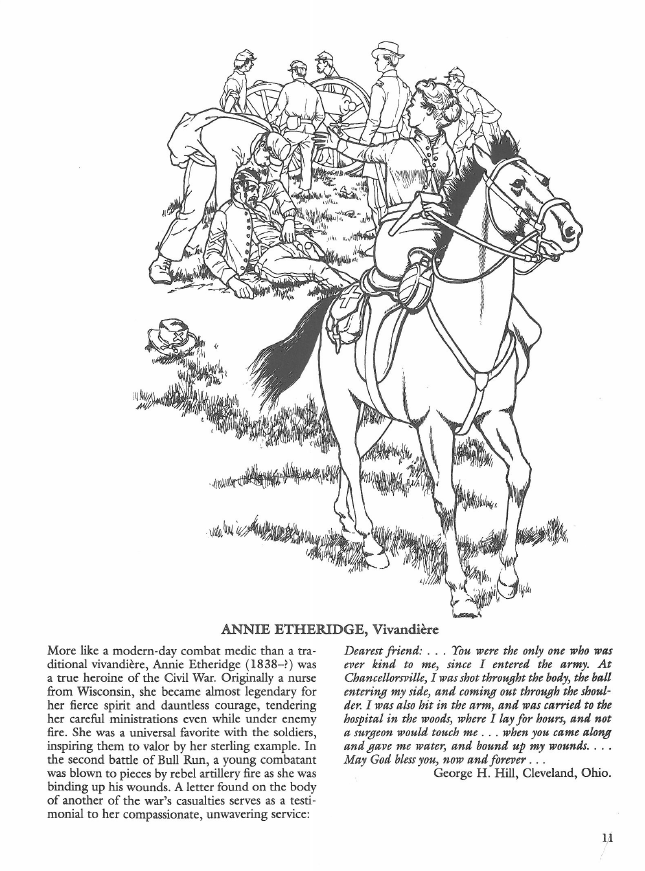 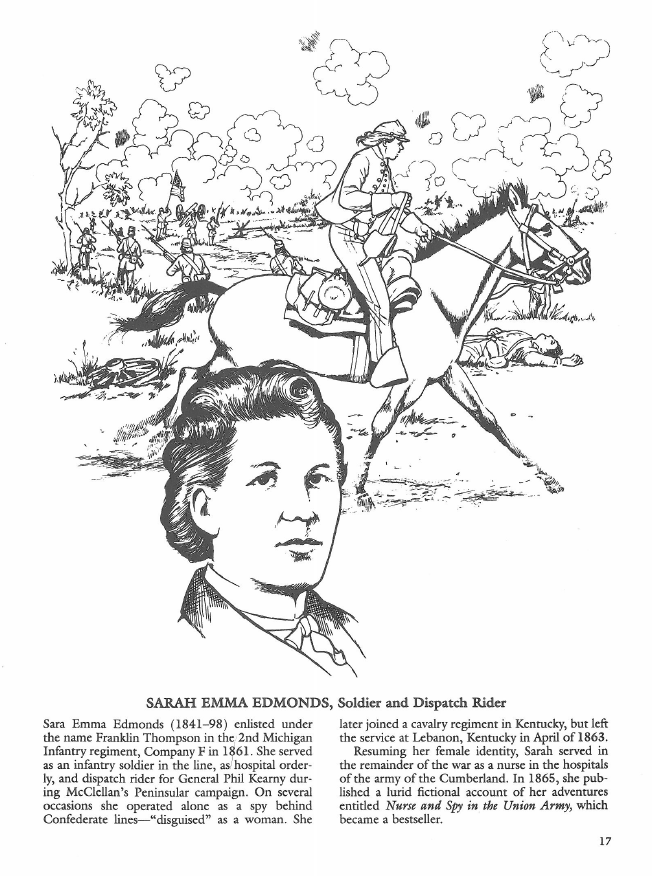 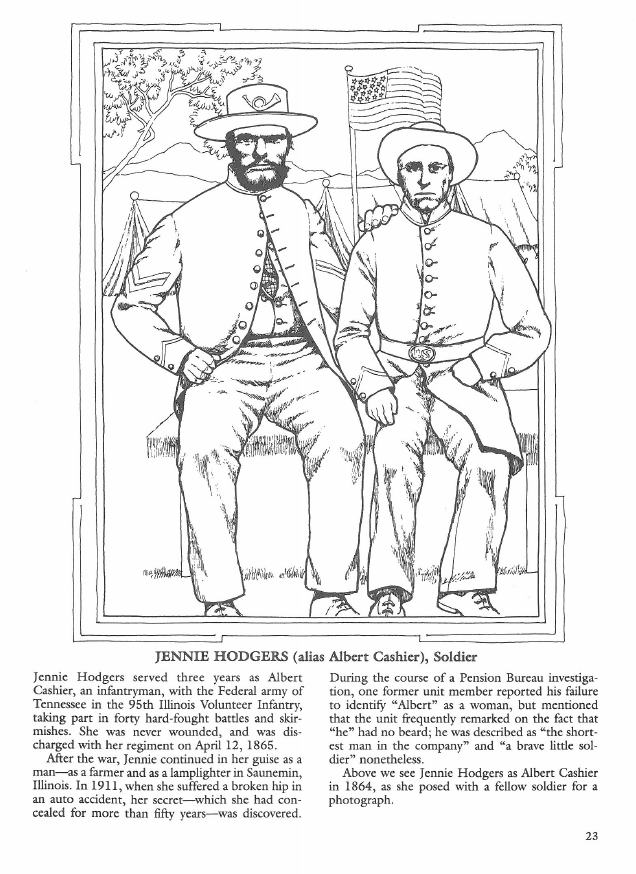 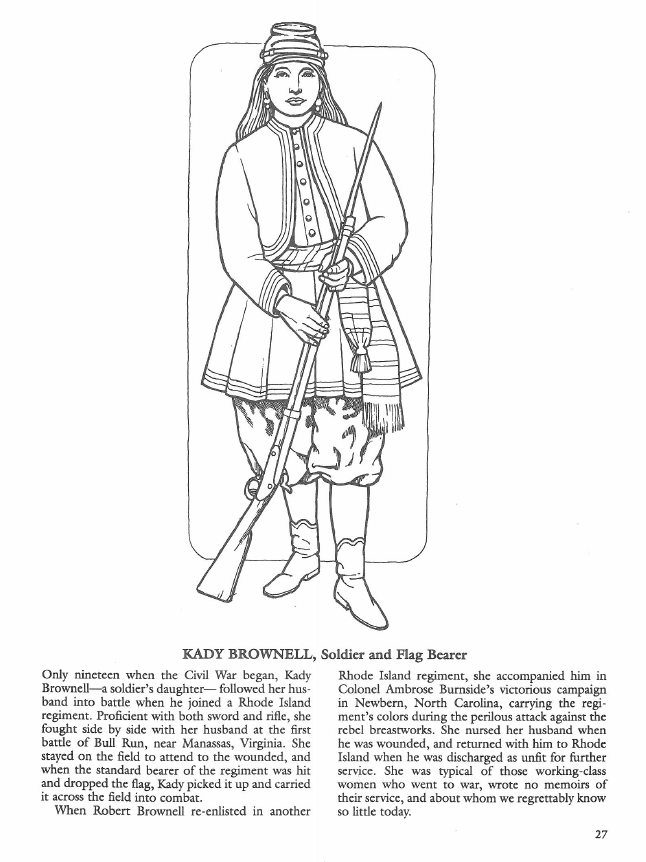 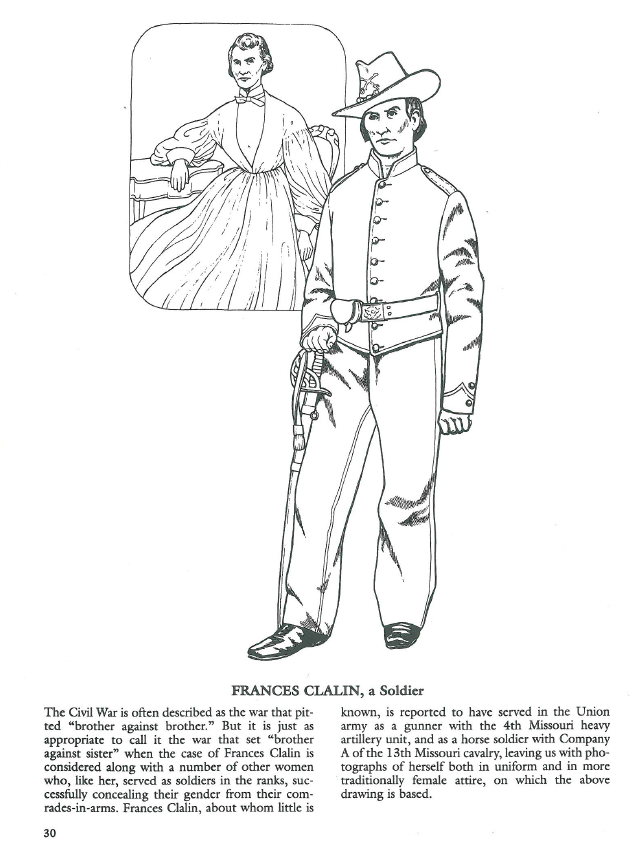 A colouring book of women who participated in the US Civil War I bought at Gettysburg, PA when I visited ages ago. As you can see the women’s uniforms looked like the men’s with the optional addition of a skirt, and Cpt. Tompkins wore her jacket and sash over her dress.

I wanted to add some of these images to this post as well, because the OP is just plain wrong.

Thank you for sharing these.    I had a look into these and it appears Amazon has a few copies for sale – Barnes and Noble too. It looks like Peter F Copeland has done a number of books like this.  Including one which specifies Heroes and Heroines of the American Revolution.

edit: Important note regarding the sixth person presented in this photoset, the soldier credited in the book as “Jennie Hodgers (alias

Albert Cashier was a trans MAN, not a woman. Please don’t erase his existence by claiming he was a woman, not a trans man. He lived his whole life before and after the war as Albert. He was buried with honors as Albert.

Thank you for that clarification, likeironlies!