Magic: The Gathering’s Commander decks are going to be released soon, and as usual with Magic, the women commanders are something of a mixed bag. Presented here without comment. If you want to learn more about these characters and the stories behind them check here.

Sadly, while taken as a whole Magic is a major mixed bag, it’s pretty clear from a casual examination of their site shows  which side of the fence the marketing crew is on:

A reminder that we’re currently running our Halloween Costume Contest.  If you have an idea for a terrifying (in a good way) outfit for an Overwatch heroine or a sexy outfit for one of the boys, we encourage you to enter.

Competition is open until November 20 and we encourage people of all art styles and skill levels to enter.  Full details at the link above.

I really do love this as an example of a game that has all the trappings of an old school fantasy adventure game with none of the ridiculous outfits.

Available on Steam and to be featured on our Curator page soon!

I know it’s not armor but I HAD to Bingo it.  I wasn’t sure how to call the garter/stocking leather boot-ish things that don’t actually go all the way down the leg. I also debated on the Skin tight square and the “How does it attach” (mostly due to those aforementioned stocking things)  Given it’s Hellraiser, “Sharp Ornamental edges…” was kind of a given.

It’s kind of amazing that even the 90s comic was more committed to genuine “in your face” body horror and some originality that gave Clive Barker’s Cenobites their charm… this one looks like they decided that what horror fans really want is Lady Death cosplaying as Pinhead with a tiny bit of body horror hidden away on her back.

So it doesn’t scare anyone who wants to fap to it.

Killer Instinct continues to be a mixed bag, but in Sadira’s case I really do feel that rather than projecting the idea of her using feminine sexuality for evil, she just looks like she was in a rush and forgot her pants.

Personally, especially since it’s Halloween season, I wish they’d focus on more female characters who had that kind of charisma and appeal that Hisako does.

This is indisputably a far more dynamic, exciting and empowering interpretation of Green Lantern’s costume than the menu graphics in Injustice are going with: 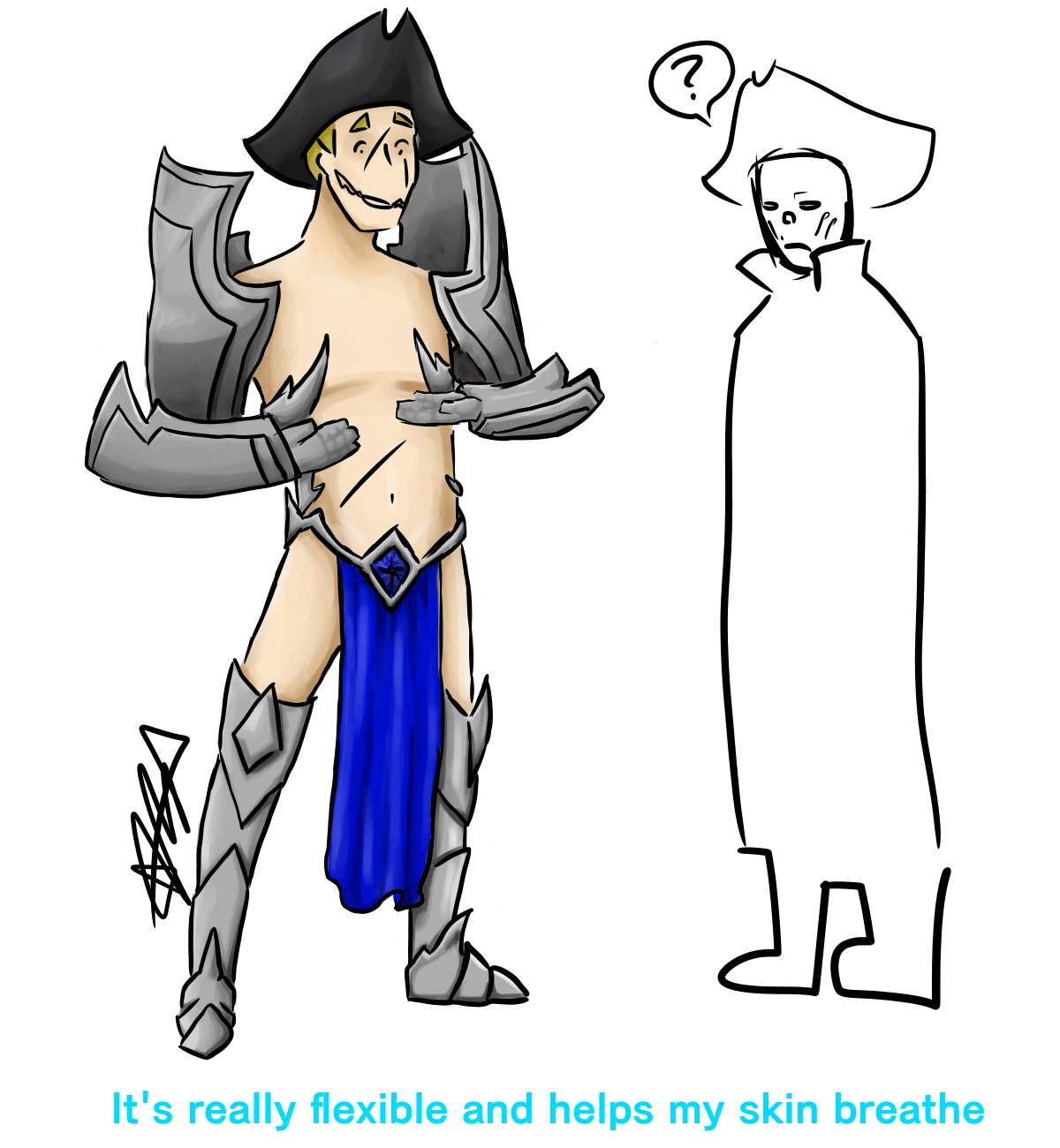 Happy 16th everyone! Today is “put your male oc in bikini armor” day

Obviously, giant pauldrons is all the protection he really needs.

Lots of heavy armor placed on shoulders is just better than covering vital organs or major blood vessels… for mobility reasons, of course!

This is Lt Stokes

She is the only woman on the Dark Signal squad, and while technically her body armor covers the same spaces as her male counterparts, the game feels the need to have her undershirt not cover her stomach.

Naturally, she gets gut shot by recurring antagonist Aristide.

Whenever things like this happen I always imagine the creators picking an outfit for the character, laughing about an obvious problem with it then congratulating themselves for being geniuses for showcasing the flaw in their character’s choices without ever considering who really made those choices.

I can’t help but notice that they also decided that Stokes was the only one who didn’t need elbow length sleeves or elbow pads… presumably they were concerned that someone might mistake her for having arms with the kind of tone that tends to accompany intensive combat training.