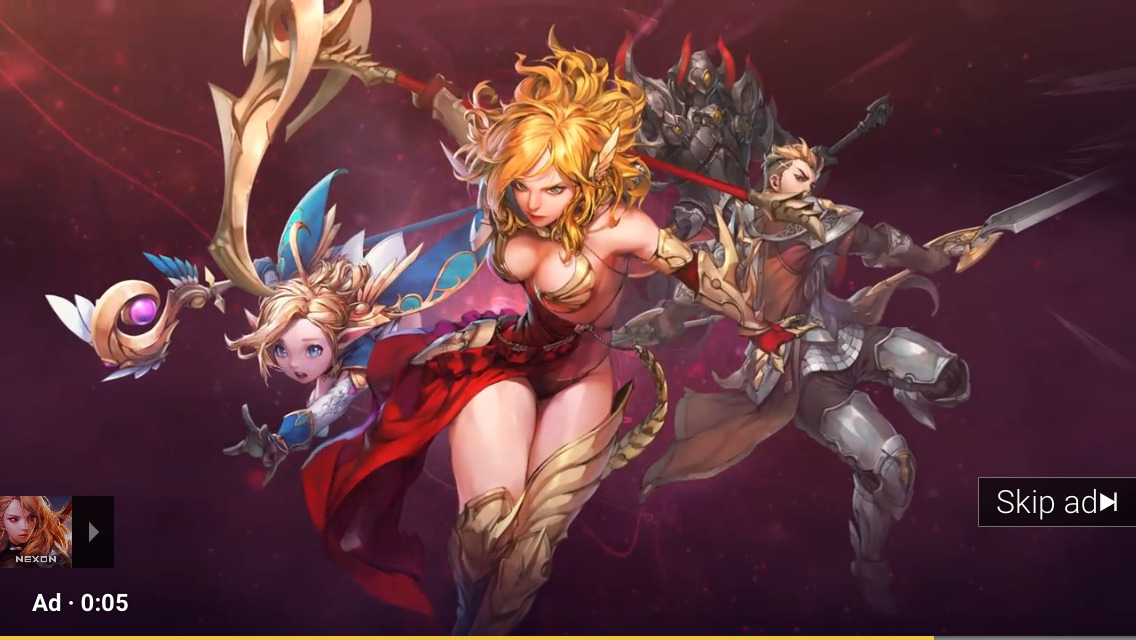 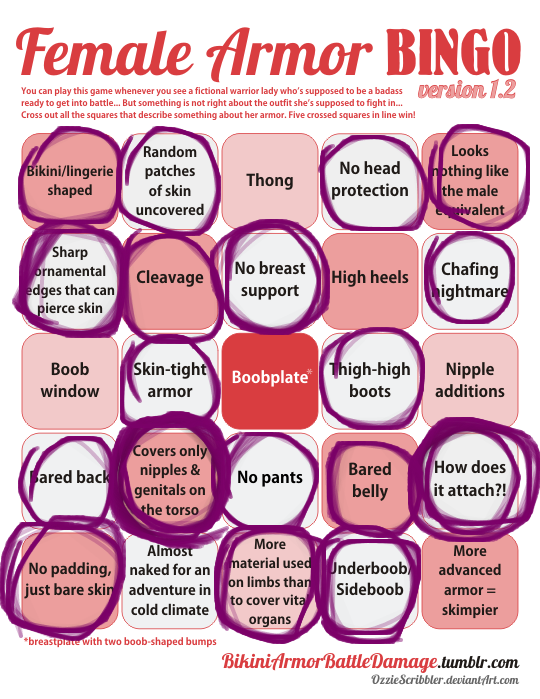 So this is an ad for the game Heroes of Incredible Tales on the App Store, and I noticed some differences in the attire of the male and female characters. The Lady in the front and centre seems like she’s quite eligible for the bingo.

Wow, another design that makes me regret not having a “(Only) random patches of skin COVERED” square on the card. Also, bingo breaker missing three bingos only by the virtue of neither her heels or back of her panties being shown in here (though I’m 99% certain it’s supposed  to be thong).

The amount of thought artist spent on how that costume is supposed to physically work would be conveyed only in negative numbers, I believe.

edit: This thing actually got a bingo and I didn’t notice (the joys of late night bingoing).  Thanks to @ thenerdygirly123 for the heads up!