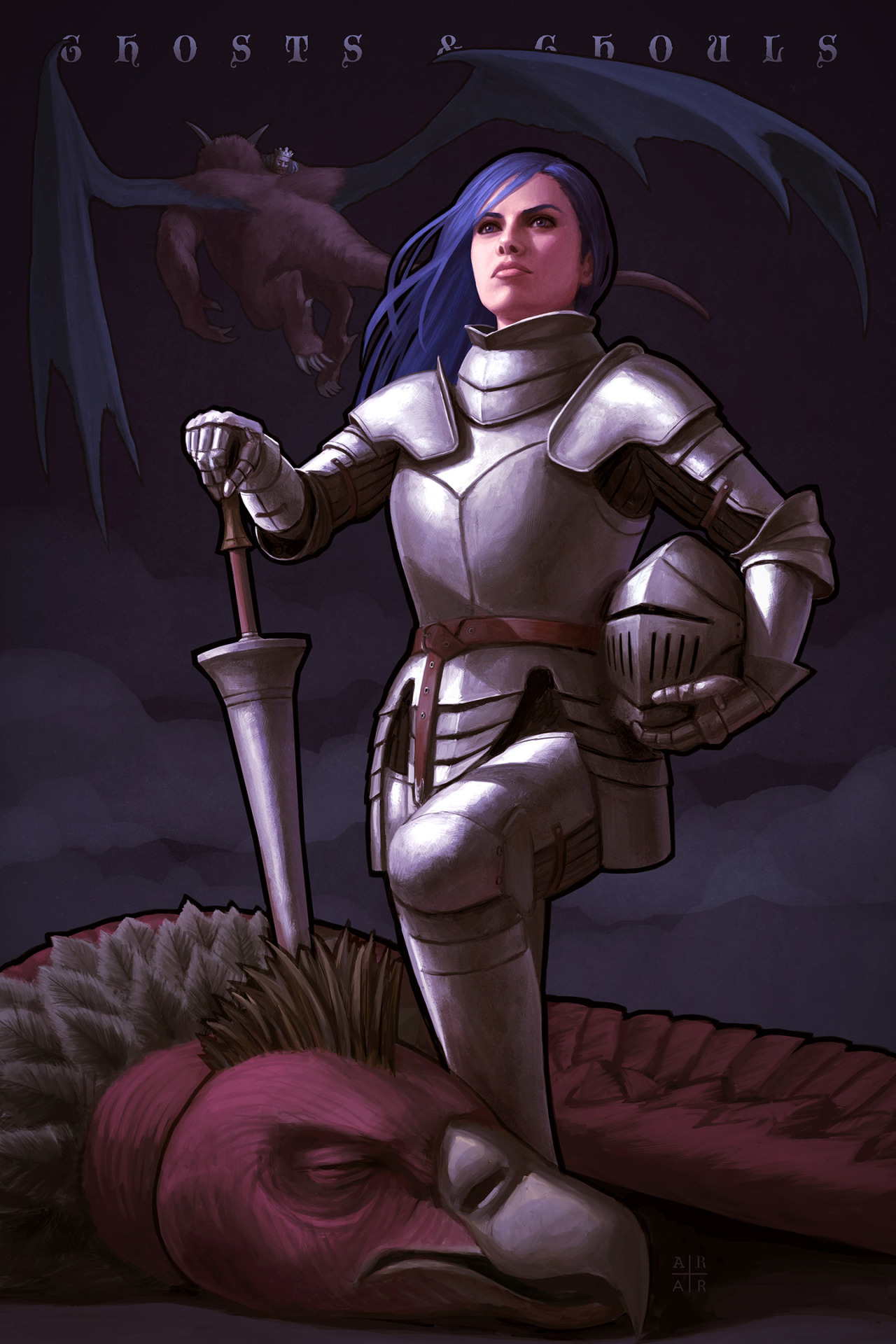 Hi. I hope you don’t mind me sharing my own work. I tried to make these armors as realistic/functional as my minimal knowledge on the subject allowed me to.

Of course we don’t mind! And I love both of these pieces very much.

I’m happy to see Ciri dressed in appropriate armor instead of a shirt that’s unbuttoned right between the boobs (even when they go to a cold place and she wears a fur cloak), and the armor design itself is very nice. [Link to original post with close-ups!] I like that you can see the layering in the gaps. It’s a bit too symmetrical for me, but that’s more of a personal preference than anything.

As for the second piece, that could practically be used as a poster to recruit monster-slayers in a fantasy universe! It’s quite awe-inspiring, and I love your entire line of Classic Arcade Girls.

Thanks for the submission, and keep doing great work!

Most designers not only put female warriors in high heels inappropriate for the character’s activities. They also create footwear that ignores how feet work and would require them to be broken or liquefied… because body horror is sexy?

The ubiquity of “women’s feet = high heels” thing is quite scary. Awkwardly arched, nearly vertical “Barbie” foot shape is so prevalent in portrayals of women that there’s a generation of artists who apparently think that’s how female anatomy works.

It still amuses me that parodies of Samus Smash Bros “jet boots” understand that a heel this high needs thick platform under the ball of the foot, while the original barely had any sole in front part of the shoe.

Personally I love this bizarre tendency for people who are are emotionally attached to having high heels in games insist that there’s a scientific reason for Samus and other women having high heels.

Like, high heels have these great and obvious martial applications – but literally no military or martial art has ever chosen to employ them… because it would be unfair to the enemy?