Fire Emblem Heroes has already been getting some flack for their uninspired character design, and this is a good comparison of the changes made to Rhajat for Heroes. Her original design still has problems, primarily the nylon tech this fantasy country seems to have, but the new version (named Virghat) is just so much worse. From the wiki entry on Rhajat:

…It is revealed that her cold personality is a means to mask her loneliness due to being raised in the Deeprealms by herself.

I’d believe that description, given that this was her sprite in Fates:

She’s hunched over, her eyes are in shadow, and her arms are in front of and around herself protectively. But the Heroes design and posture? All I’m getting from it, is generic poker-faced cute caster.

Oh, and of course, there’s a damage sprite, as mentioned in the comparison image.

In these troubling times where our social media platforms must scramble frantically, expunging massive amounts of imagery as the only means to protect us from anything titillating it’s a comfort to know that there will at least be good wholesome content from family friendly companies like Nintendo who make games you can play in your living room or in public without it getting awkward!

As a side none, it appears that they decided to really lean into the damage sprite with her fashion sister, Loki.

Image from the Official Site for Fire Emblem Heroes 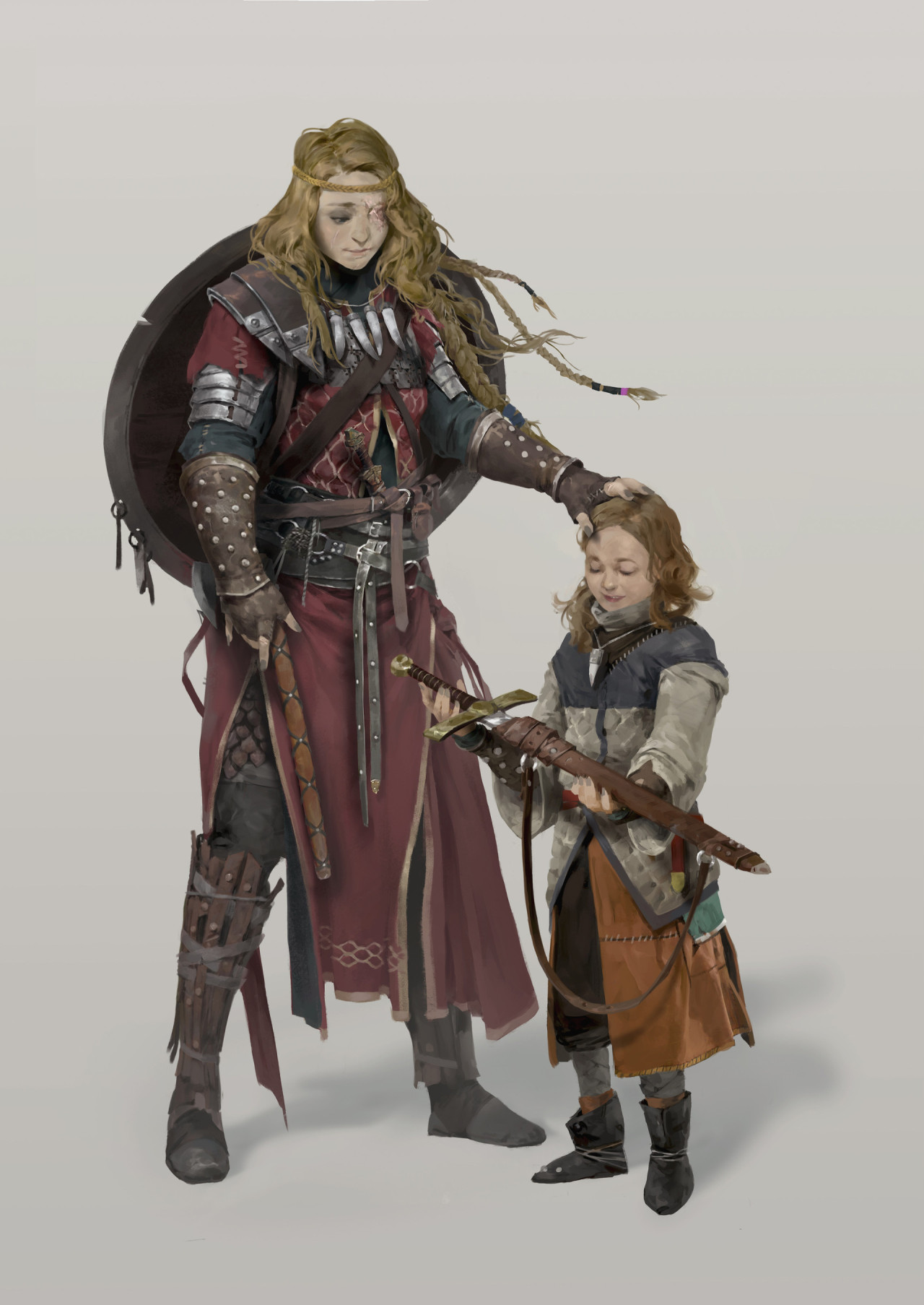 As Ami of eschergirls and lady-knight- (in her comment) noted, it seems like Ange intended their comic to be subversive of fantasy clichés (so female virgins slay dragons instead of being kidnapped by them), but the execution indulges in harmful narratives (like demonizing women’s sexuality).

It may work in comedy, but La geste des chevaliers dragons (or at least the first issue, the only one I managed to read) never makes fun of those costumes, just assumes we’re supposed to accept them as a sign of female empowerment or some other misogynistic bullshit.

The only character that commented on Jaïna’s non-armor was framed as a sexist dude who’s jealous of dragon slayer’s status, so… yeah, the readers probably weren’t supposed to agree with him.

Seeing what an interesting discussion sparked in our Spin Angels/Cross Fire post’s comment section, I figured it’s a good opportunity to remind what a failure of “female empowerment” was La geste des chevaliers dragons, another French comic from the same publisher.

While Franco-Belgian comics (bande desineé) have the advantage of more liberal views on depicting sexuality and nudity than American mainstream comics do, it doesn’t mean they never indulge in pointless and gratuitous sexualization. As my Female Armor Rhetoric Bingo points out, cultural differences don’t justify double standard.

Oh yeah, I also wanted to reiterate that bikini-clad warrior deaths played for drama fail to be dramatic, considering battle damage is a natural consequence of fighting in a skimpy armor.