And came upon this lady from Sacred 3:

Nevermind the awful anatomy, that’s some pretty good Bingo right there. But wait, it gets worse on Steam… because then I saw this game called “Dark Blood Online”, a F2P MMORPG (because there aren’t enough of those, apparently) featuring, ahem… this gem: 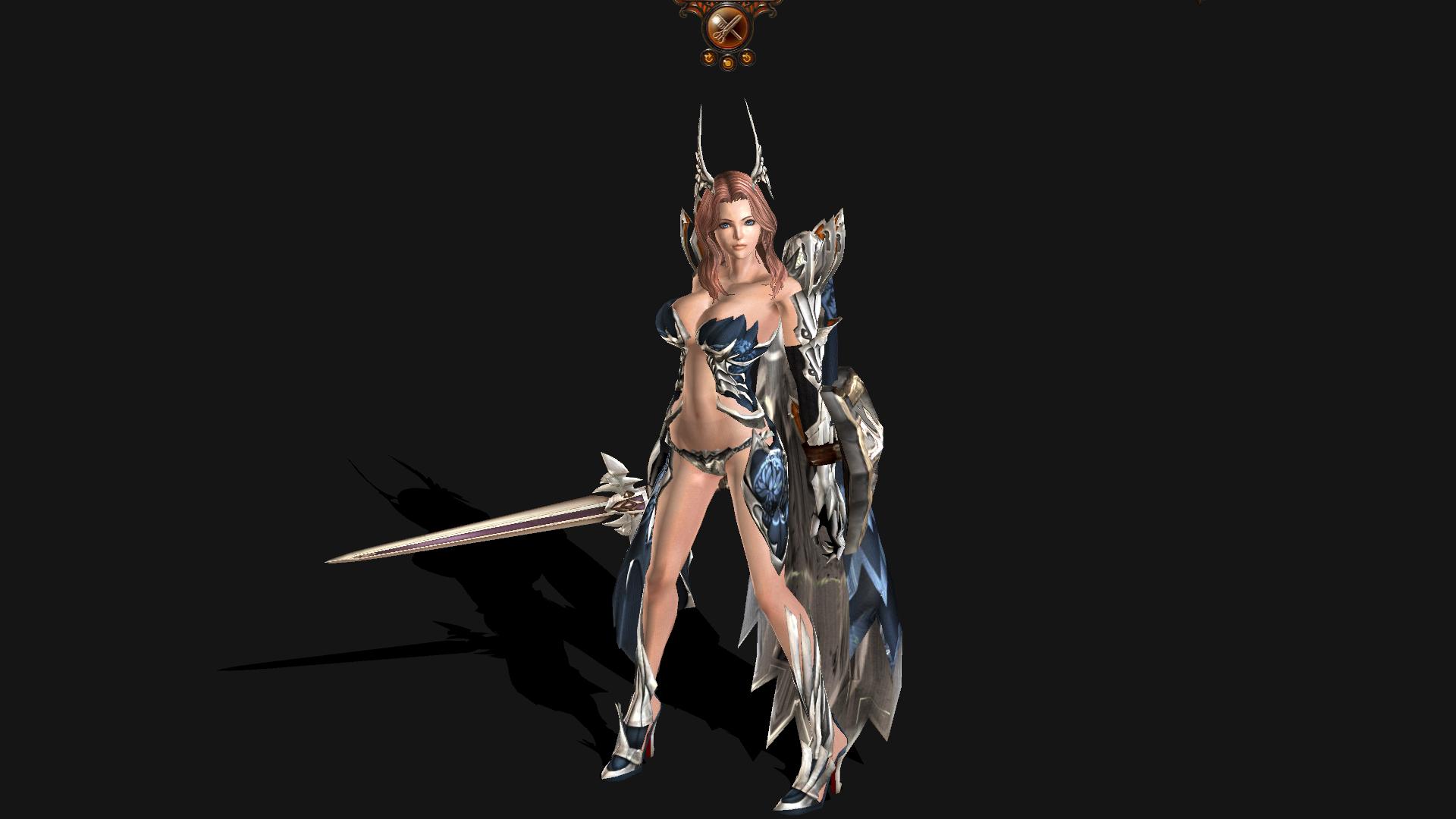 For fuck’s sake, can we at least keep that to shitty mobile knock-offs? ;_;

The saddest part of this is while the original Sacred was so terrible it broke bingo, it seemed there was a faint hint of improvement.

Appearances can be deceiving.

Glamazons vs The Curse of the Chainmail Bikini

A campy card game take down of the visual depiction of female warriors throughout nerdy pop culture.

Glamazons is an anti-troupe card game wherein your character (whom is female) fights monsters of all kinds, in order to make properly functional armour out of them (Monster Hunter Style)

You start out in the cliqued Chainmail Bikini, and the winning player, is the first one to fully-dress themselves.

Sadly this Kickstarter is long expired and I only recently found out about it.  The product is not yet available due to unfortunate delays with the art.

However the Kickstarter video is definitely worth watching just for the presentation and the main site Prettiest Princess Games is offering to let people pre-order outside of Kickstarter.

They’re also selling this fetching t-shirt which features bold words of truth upon it:

My question to women with nipple pastie armor: WHERE THE FUCK ARE YOUR NIPPLES????

Oh, nipple armor… It’s remarkable to what lengths the designers go to qualify for legal amount of bare skin… And how much pretending that nipples barely even exist (and/or just outright displacing them) goes into it.